More than half of the Earth's rainforests have already disappeared, and we are to blame for it. The increasing demand for wood and arable land has led to the destruction of 8% of the world's rainforest. If the deforestation rates continue, then the Amazon rainforest might see a similarly bleak future.

In this article, we will look at some of the biggest Amazon rainforest threats. We will try to understand why is the Amazon rainforest in danger and what we could do to mitigate the risks and protect this rich and diverse ecosystem.

A Worrying Future for the Amazon Rainforest

More than 165,000 fires have burned through the Amazon in the summer of 2019. Almost half of those (74,000 fires) were burning in Brazil, destroying everything in their way, from fauna and vegetation to homes and agricultural land.

Amazon rainforest deforestation was at record levels too, with 2,400,000 acres lost in 2019 alone.

The raging fire and alarming deforestation rates have raised concerns about the future of the rainforest. Scientists are warning that the Amazon rainforest is approaching its tipping point that may turn the world's largest rainforest into a massive wasteland.

It's enough for 25% of the trees in the Amazon rainforest to disappear for the entire system to collapse. That would not only affect the local biodiversity but also lead to the release of over 140 billion tons of carbon dioxide into the atmosphere, increasing the global temperatures to dangerous levels.

This fragile ecosystem could be forever lost if we don't act and put a stop to illegal and irresponsible deforestation. We've already lost 17% of the Amazonian forest in the last 50 years, mostly due to farming and illegal logging. If the destruction continues, we may not only lose a wide variety of unique lifeforms, but the entire world might suffer too. Losing the rainforest could threaten the global climate and regional rainfall patterns, making parts of the world hotter and drier than ever before.

Are Brazil's Rainforests in Danger?

When it comes to Amazon rainforest protection policies, Brazil often takes the center-stage. The reason is primary geographies: 60% of the Amazon is in Brazil.

Brazil managed to reduce deforestation rates by 80% between 2005 and 2012. It managed to do so by enforcing very strict rules for various industries like farming or mining, creating protected areas, acknowledging and defending the rights of indigenous people, and limiting permits for farmers.

As it was expected, large farming organizations weren't happy with the limitations and started fighting back, lobbying for looser legislation. The government eventually caved in, limiting the number of protected areas and pardoning illegal deforesters. These measures weakened the protection of the Amazon and led to a surge in deforestation rates between 2013 and 2018. A satellite image from 2018 showed that 3,050 square miles of forest were cut down, a 13.7% increase from 2017.

This upward trend continued as President Jair Bolsonaro took office in 2019. He claims that the Amazon rainforest protection legislation put in place by previous governments stands in the way of economic growth. He also promised voters to develop more land for farming and other purposes.

Scientists worry that if deforestation rates in Brazil continue to increase, then the Amazon forest could reach its tipping point. Without enough trees to store carbon dioxide and promote rainfall, the Amazon could turn into a barren grassland.

Fortunately, there still are coalitions, such as Coalizao Brazil, that fight to reduce deforestation and promote efficient use of land. But, for these measures to have a significant impact, both the public and private sectors need to work together and incentivize sustainable land use. For that to happen, people must be educated and become aware of the importance of the Amazon rainforest.

In the Amazonian Rainforest, Deforestation Is in the Highest 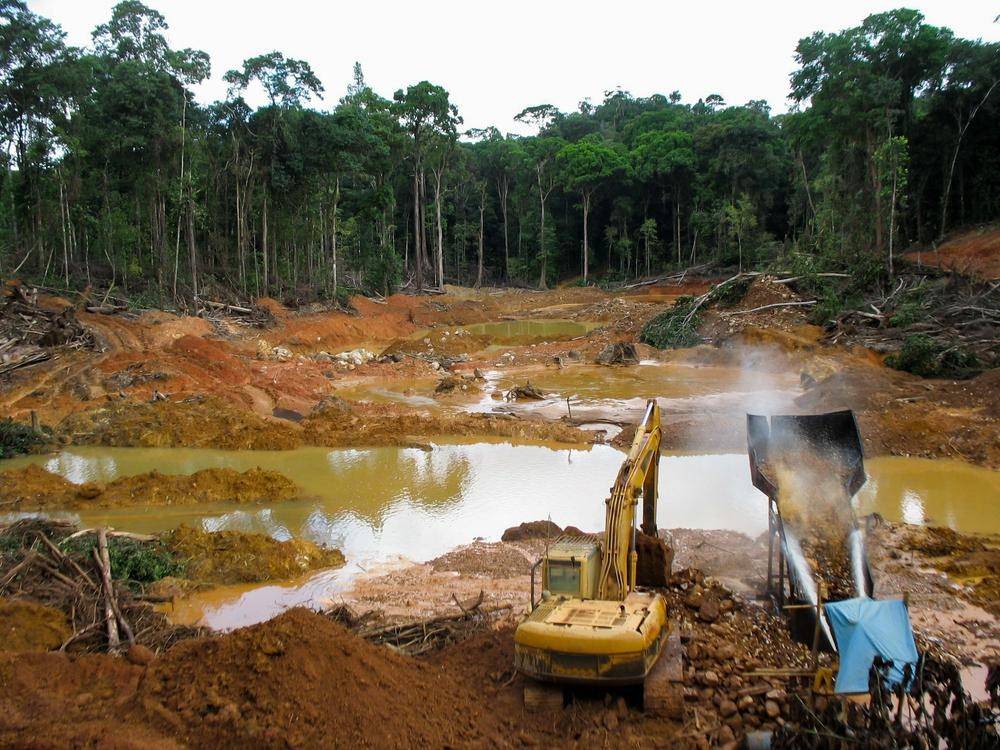 Why is the Amazon rainforest in danger?

As we've shown numerous times in this article, part of the answer has to do with the increasing deforestation rates.

Here are some scary rainforest facts that could help you understand the magnitude of this problem better.

In just one month, the Amazon lost 519 square miles of forest. Satellite images from 2018 showed that three football fields worth of trees are falling every day in Brazil alone.

Deforestation increased by 30% between August 2018 and July 2019 as compared with the previous year. The spike coincided with the election of Bolsonaro in October 2018, who promised to loosen up the rainforest protection legislation and reduce the number of protected areas.

The number of fires has increased in the past years as more and more trees are cut down to make room for land for crops and livestock. Wildfire doesn't usually occur in the Amazon. The vast majority of them are set by humans to clear land for farming and cattle ranching.

Fire is also used to drive indigenous people away from the land they are inhabiting. About one-third of the Amazon forest belongs to indigenous people. Up until 2015, only 8% of deforestation occurred in the indigenous territories. However, land incursions and the illegal exploitation of natural resources in indigenous areas have more than doubled since Bolsonaro took office.

Other Causes of Forest Loss in the Amazon

Here's what human activities have caused the destruction of the Amazon rainforest and how these threats could change the face of the rainforest forever.

South America's economy is growing at an impressive rate. The population is growing and the quality of life in the region is improving. But, a spike in consumerism, especially in meat consumption, combined with a lack of innovation could add to the environmental problems that the region is already facing.

Cattle farming increases the risks of fires too. Every year, during the dry season, farmers are deliberately setting the land on fire to clear it for crops and livestock. Some of these fires get out of control, burning everything in their way. Nearly 99% of the fires in the Amazon happen because of human activity, either on purpose or by accident.

A possible solution to this threat may be the introduction of crops and livestock that doesn't require as much land as cattle or soy.

Over 232,000 square miles of forest have been cut down since the 1970s. Most of the deforestation activities happen in remote areas, making it difficult for the authorities to monitor operations. Loggers also use false permits or simply ignore regulations and cut down protected species from indigenous land.

The Amazon rainforest plays a vital role in stabilizing the climate and cutting it down could throw the entire world out of balance. Massive deforestation in the Amazon could release millions of tons of CO2 into the atmosphere, affect the process of evapotranspiration, and destabilize the circulation of ocean currents.

Deforestation doesn't impact wildlife only, but humans too. With the Amazon rainforest disappearing, the resources this ecosystem offers will vanish too. This can lead to a spike in poverty and economic migration rates.

That's why educating people about the importance that forests play and encouraging tree planting activities could be a possible solution to this threat.

Every year, millions of birds, mammals, and reptiles are poached in the Brazillian rainforest alone. Countries in Latin America consider wildlife trade a minor crime and don't allocate enough resources to fighting it.

According to some estimates, illegal trade in wildlife could be worth more than $5 billion per year, making it one of the most profitable illicit activities in the world.

The Amazon rainforest is home to more than 10% of the world's known biodiversity, including numerous endemic species. Poaching and smuggling contribute to the deterioration of biodiversity in the Amazon. As the wildlife population is decreasing, either because of deforestation or poaching, some species may eventually become extinct.

Why is the Amazon rainforest in danger?

To sum it up, massive deforestation due to farming and logging is mainly to blame for the degradation of the Amazon. Economies in Latin America are growing at an unprecedented pace and the demand for natural resources will only increase. That's why sustainable agriculture solutions and proper infrastructure are paramount for the protection of this unique ecosystem.

Governments should also offer financial incentives to organizations that use environmentally-friendly measures to curb deforestation and cut their carbon dioxide footprint.

But, what can you as an individual do to stop the Amazon rainforest from disappearing?

You can plant more trees! There are plenty of organizations out there that are working to replant the Amazon. You can make a donation and plant one, two or as many trees as you would like. With a bit of research, you too can plant a tree today and save the Amazon rainforest.