Last summer, thick plumes of smoke darkened the sky above São Paulo, one of Brazil's largest cities. The Amazon, the world's largest and most diverse rainforest was burning at an unprecedented rate. The fire and the destruction it brought raised concerns about the importance of the Amazon and how its destruction could affect all of us.

The Amazon rainforest is unique. Covering an area of 2.1 million square miles, it hosts about 10% of the world's biodiversity and it's home to more than 390 billion trees. That makes it one of the richest and most diverse ecosystems in the world. It's also home to 30 million people who depend on its resources for survival.

That's just a small part of the crucial role the rainforest plays in making our world a habitable place.

So, why is the Amazon rainforest important to us?

Let us count the ways.

What Is Amazon Rainforest's Ecological Significance?

The Amazon rainforest plays an essential role in regulating the world's oxygen and carbon dioxide (CO2) levels. Trees and plants remove CO2 from the atmosphere and use it for photosynthesis. They convert the water and carbon into oxygen and release it back into the atmosphere.

The Amazon alone is responsible for producing about 6% of the world's oxygen and has been long recognized as a carbon sink. Estimates show that it absorbs more than two billion tons of carbon dioxide each year.

In addition to keeping greenhouse gas emissions in check, the Amazon rainforest also acts as a giant cooling system. All the water evaporated by trees and plants through the transportation process helps cool the planet.

The Amazon Rainforest Could Cure You

One of the lesser-known benefits of the Amazon forest is that many of the plants there have medicinal properties. Some estimates show that about 25% of today's drugs derive from rainforest plants.

Ayahuasca is perhaps the most renowned psychological medicine. It's a brew made from the Psychotria viridis shrub along with the stalks of the Banisteriopsis caapi vine. It's been used in spiritual ceremonies by the indigenous people of the Amazon. Recent research has shown that ayahuasca can have antidepressant effects, although more studies are required to better understand its therapeutic effects.

Why the Amazon Is So Important 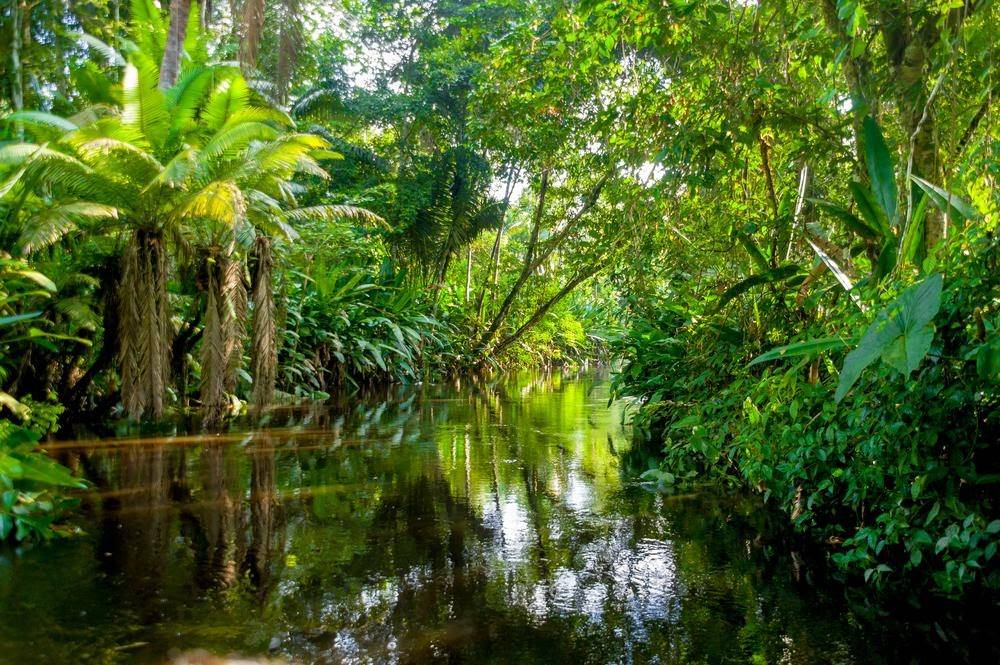 The Amazon acts like the world's life-support system. It regulates the amount of carbon dioxide released into the atmosphere, it cools down the planet and performs as a weather engine. The ecosystem is so rich that a new species is discovered in the Amazon every two days. Every new discovery has immense potential for new medicine.

The benefits of the Amazon rainforest expand far beyond the region and could impact our health and well-being on a global scale.

The Importance of the Amazon Rainforest for Local and Global Climate

The Amazon rainforest contributes to regulating the ecosystem too. The plants are able to create their own weather through the process of transpiration. Plants suck water out of the soil and release water vapors into the atmosphere. This moisture transforms into thick clouds that hover over the rainforest and supply the communities downstream with water.

This phenomenon doesn't impact only the rainforest weather but its effects reverberate tens of thousands of miles away too. Studies show that Amazon has a significant impact on rainfall patterns around the globe. According to a 2014 study, complete deforestation of the Amazon rainforest would reduce rainfall in the U.S. Midwest and Northwest during the agricultural season.

What the Amazon rainforest gives to the world, it can also take back. When trees burn, they release carbon dioxide back into the atmosphere. The wildfires that have raged through the region in 2019 have produced 140 million metric tons of CO2.

We can stop that.

Planting more trees is the solution to preserving the role of the Amazon and protecting its ecosystem.