Back in 2017, environmental news was buzzing with the story of the Larsen C Ice Shelf crack which had ruptured, sending around 5,800 square km of ice into the ocean. For comparison, that piece of ice is about four times the size of London, which makes it one of the biggest icebergs in history (or, at least, the history we can remember.)

But this crack isn’t an isolated incident, and many critics warned that a rupture this large could potentially lead to future environmental issues if nothing is done. So, what can we expect?

Icebergs breaking from the shelf and floating into the ocean isn’t necessarily a cause for concern. In fact, under normal circumstances, it’s part of the natural life cycle of these shelves according to American glaciologist Helen Amanda Fricker, a professor at the Scripps Institution of Oceanography at the University of California. Over time, ice shelves will gain mass, either from snow falling or glaciers moving slowly towards the shore.

But in general, the shelves want to stay the same size, so the excess is broken off. And for the most part, the ocean and sea life needs this to happen. The National Snow & Ice Data Center states that when icebergs melt, they release a lot of nutrients into the oceans around them, which is why the water around the icebergs is often full of fish, other sea life, and even plankton.

So it seems that not every story about ice shelves cracking is a cause of concern. But, does this mean we have nothing to be concerned about?

When Icebergs Cause Harm

It’s important we look into why a particular mass broke off from the shore in the first place. If, for instance, it’s simply because the ice shelf accumulated a lot of extra mass that needed to be discarded, then sure, that’s just nature taking its course.

But there’s another component we simply can’t ignore: global warming. Rising temperatures have two main effects on icebergs. First, it causes more of them to break because of the melting ice that thins too much and breaks.

Then, global warming also causes the icebergs to melt faster than they would normally, or than icebergs melted in the past. We don’t know yet what the full extent of the damage will be, but there are some theories that have arisen.

Scientists at the University of Leeds estimate that we lose a lot of sea ice every year, almost around 1.5 million large icebergs the size of the Titanic. This extra water that’s poured into our oceans leads to rising sea levels, and some areas are more affected than others.

Rising sea levels pose a big threat to our safety, as they can lead to:

How Did We Get Here?

The Arctic Program estimates that roughly 95% of our oldest, thickest ice is already gone, and if no change is implemented, experts believe that more than a third of the world’s remaining glaciers could potentially melt by the year 2100.

And at the root of this issue lies human activity. Since the industrial revolution, carbon dioxide and greenhouse gas emissions have been increasingly rising temperatures, which is also felt in the Poles. These gases prevent the sun’s radiation from being reflected back into space once it reaches the planet’s surface, as it would normally do. In a way, they form a sort of glass ceiling, keeping light inside. Because light leads to heat, and that heat has nowhere to go, our planet gets warmer.

And warmer temperatures could potentially mean we will witness more and more icebergs detaching from ice shelves and floating into the ocean which, ironically, will cause their own weather disturbances.

What Can We Do to Stop It?

Another possible explanation for this is the massive deforestation which in some areas has gotten almost completely out of control. Trees play an integral role in the carbon cycle, as they convert CO2 to oxygen. The more trees our planet has the more oxygen we get, and less carbon dioxide.

Trees can, therefore, take some of the carbon dioxide we release through human activity, and filter it - naturally, and safely. The more CO2 we have in the atmosphere, the sun’s light will be reflected back to the earth and continue to cause temperatures to rise.

Reforestation activities are therefore essential to fixing this issue, next to regulating industries and opting for environmentally-safe practices that can reduce our greenhouse emissions. A new study from the Swiss university ETH Zürich estimated that a global tree planting program could remove as much as two-thirds of all emissions from human activities that are now in the atmosphere. The scientists say that this goal can be reached if 1 trillion trees would be planted.

And we have the space to put all these trees too. Around 11% of all land remains treeless and would serve as the perfect basis for newly grown forests. The team specifically excluded all lands used for agricultural purposes and urban areas.

But we seem to be moving in the opposite direction. Trees are disappearing at an alarming rate. Around 17% of the trees in the Amazon have been cut in the last 50 years, and worldwide, we are losing 18.7 million acres of forests annually. 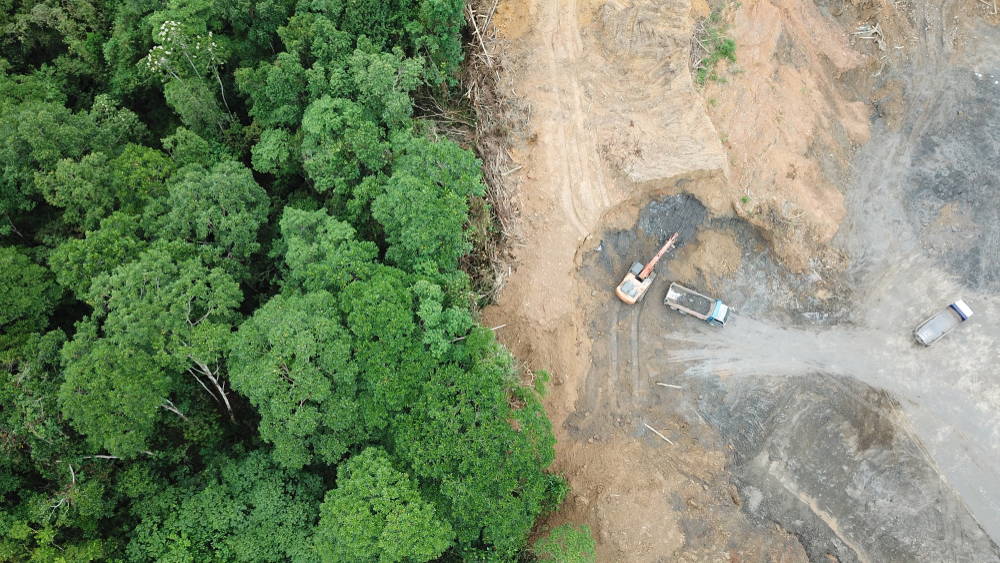 Global warming is an extremely complex issue and it’s almost impossible to conceptualize a single fix for it. However, through a multitude of efforts, many experts remain positive that most of the damage can be fixed. But if we do nothing, things will almost surely get worse in years to come. We can expect more icebergs, more storms, less clear air, and hotter temperatures. Hopefully, change is near.

If you want to contribute to our reforestation actions, you can. Find out more about our mission here and join our movement now!