A scratching post, a meaty bone, or a squeak toy aren’t the sort of gifts anyone buys their kids, so it’s no wonder some pet owners are reluctant to buy them for their furry friends, too. Pets have been man’s best friend for centuries, and the desire to give them gifts is probably just as old.

It’s not clear exactly which animal was first domesticated, but it is known that humans have had pets for tens of thousands of years. The relationship between man and animal may have started as one of necessity for the sake of hunting or safety, but that’s obviously not the case anymore.

Today, 67% of U.S. households have pets—that’s up more than 10% from just 30 years ago. That number in mind, it stands to reason that more people than ever are seeking out ways to show affection to their four-legged family members, especially considering the unique place that pets occupy in many of their owners’ hearts.

Any local pet store is brimming with cheaply made items designed to entice owners into purchasing them for their pets. As any owner knows, though, it’s difficult to know precisely what an animal will actually enjoy; the idea of giving pets gifts is more a process to make the owner feel good than to actually bring the pet, joy.

Why not prove exactly how much a pet means as part of the family with something more meaningful and commemorative, like planting a tree? While this method of gift giving for pets may feel odd, it’s actually rather lovely when explored fully.

The Roles of Pets as Family Members

An old trope casts certain people as “crazy cat ladies,” because they choose to surround themselves with felines as opposed to having human children of their own. While many outsiders read this situation as sad, it’s anything but dismal to the people living it.

Research has found that pets can fill the same void as other family members. A person who has no living kin, but who has pets, is not necessarily any worse for the wear according to these studies. They can feel just as fulfilled and loved with animal companionship as with the human sort.

Within families, gift giving plays an important ritualistic role. A non-traditional family structure doesn’t make this fact any less true, so even if a few family members are pets rather than humans, it can still feel like an important habit to offer pets gifts.

The practice of giving gifts to pets is made even better by the revelation that it is a form of “pure gifting,” which means that there is no expectation for any return of goods or favors. While it’s clear that giving gifts to pets is not only justified, but actually an important rite of passage, it’s less clear how and when to go about it.

Finding The Right Moment to Give Pets Gifts

People often choose to give their pets gifts when they exchange gifts with the rest of their family members. This is certainly an understandable habit, but there are other moments where it might feel appropriate to offer pets some token of affection, too.

Sometimes, pets themselves are offered as gifts. Studies have found that this practice has no ill effects on the animals’ outlook for long-term placement, and a new pet can prove the perfect time to purchase an accompanying gift.

If a parent is hoping to surprise their child with a kitten from a local animal shelter, for example, they could gift a tree at the same time. That way the family would be able to track the tree’s growth and life right along with their new pet’s, watching as the two become older and stronger in sync.

In other situations, the family pet may have recently reached a milestone birthday, such as turning 10 years old. Planting a tree represents the continued love and appreciation a family feels for their aging pet in this instance. Every animal has probably presented their owners with mice or other trinkets as “gifts” at some point, so why not return the favor?

Sad as it may be to think about, gifting a tree is a powerful way to memorialize a beloved pet. Research shows that having some sort of memorial for a pet that has passed away is important in allowing owners to fully grieve, because it seems to provide a conduit to the pet that is no longer living.

Though pet cemeteries have grown in popularity in recent years, planting a tree in a pet’s honor is less of an investment, and arguably a much more meaningful way to celebrate their life. When a pet passes away and an owner chooses to gift a tree to honor them, it serves as a living memorial that will grow and thrive in their spirit. 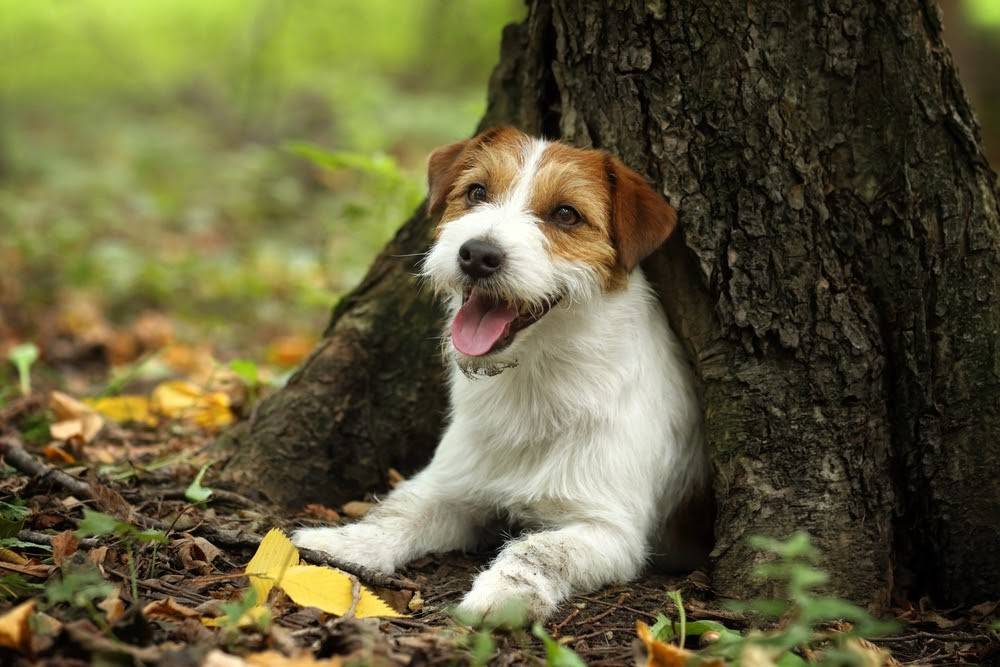 Although pets themselves have been known to dole out gifts on occasion, they generally don’t appreciate or understand the concept of gift giving in the same way that humans do.

So, although it is important for humans to feel they’re honoring their pets with gifts, they should select presents that serve a larger purpose than momentary recreation. Planting a tree in honor of a pet’s birthday, passing, or joining the family not only pays homage to the pet, but also helps to save the planet.

For years, the Amazon rainforest has shown signs of decline, and that trend was exacerbated by an especially devastating fire season in 2019 when a billion trees were lost. By purchasing just one tree as a gift to a beloved pet, an owner can prevent a whopping one ton of CO2 from circulating in the environment.

The true meaning of giving gifts to pets depends entirely upon how the owners feel about the ritual; gifting a tree can provide the symbolism that owners crave, while also creating a positive impact in the pet’s name.