What do a pair of socks, a new bottle of cologne, and a handwritten card all have in common? They’re expressions of love when given as gifts, which makes them more sentimental than they seem at first blush.

Across virtually every culture, gift giving is an important ritual surrounding many different holidays. The sentiment behind giving a gift is less about the material possession itself, and more about conveying a sense of care. Simply put, it feels good to watch a loved one’s face light up when they open a present; it feels good to let them know they are cared for; it feels good to make someone else feel good.

Arguments have long been made that giving a gift is, in itself, a sort of gift to the giver. This further emphasizes the assertion that the gift is more a reflection on the person giving it than the person receiving it, and it also gives way to the concept that gift giving can potentially be about more than adding to household clutter.

The Trendy World of Gift Giving

There are certain tried and true presents that always work their way into holiday traditions, but popular gifts often serve as a zeitgeist of the times. For example, the most popular gifts in 2019 included Apple AirPods and Instant Pots. While these items might inspire excitement at first, they inevitably lose their luster over time.

This understanding of the current landscape of gifts begs the question: is there a way to give with more intention while still conveying affection? The short answer is yes, and it’s not all that complicated.

The concept of socially responsible gifting isn’t necessarily brand new, but it hasn’t completely taken over public consciousness either. This idea is centered around purchasing gifts that have a positive impact on the global community (whether that be through environmental or cultural means).

Oddly enough, research shows that people are more apt to employ social responsibility when buying items for themselves as opposed to others. This is probably due to the misconception that a socially responsible gift won’t be as well-received, but the uptick in responsible purchasing on an individual level seems to state otherwise.

Not only does responsible gift giving harken back to the ideas that a gift is as much a reflection on the giver as the receiver, and that the true foundation of gift giving lies in a sense of pride about affecting something positive, but it also opens up new avenues when trying to buy a gift for someone who already has everything they could ever want.

Relying on Social Responsibility when Buying for Someone Who Has Everything

When purchasing a gift for someone who doesn’t really need anything, money doesn’t need to be a major consideration. There’s no need to spend a fortune on a present that is largely symbolic anyway.

For example, buying a gift for a parent is merely a show of appreciation rather than an attempt to fill an actual void in their lives. On Mother’s Day, every mom would love to receive something that proves how conscious her child has become; every father would appreciate the same on Father’s Day, too.

Gifting can also start to feel monotonous when purchasing something for a significant other after many years together. It can eventually start to seem as if they’re getting the same old things every Valentine’s Day, Anniversary, and even on their birthday. To combat the indecision that often accompanies these holidays, a healthy dose of social responsibility can be employed.

People ultimately give gifts because it makes them feel good to express their love this way. What if the gift could allow the recipient to feel that same swell of pride? When a present is genuinely socially responsible, that sense of positivity is the true gift.

It all goes back to an understanding of why human beings give gifts in the first place. Part of human nature is an innate desire to feel that they’re making a difference in the world, so finding a way to give that emotion as a gift is the best present anyone could ask for—planting a tree is the perfect solution. 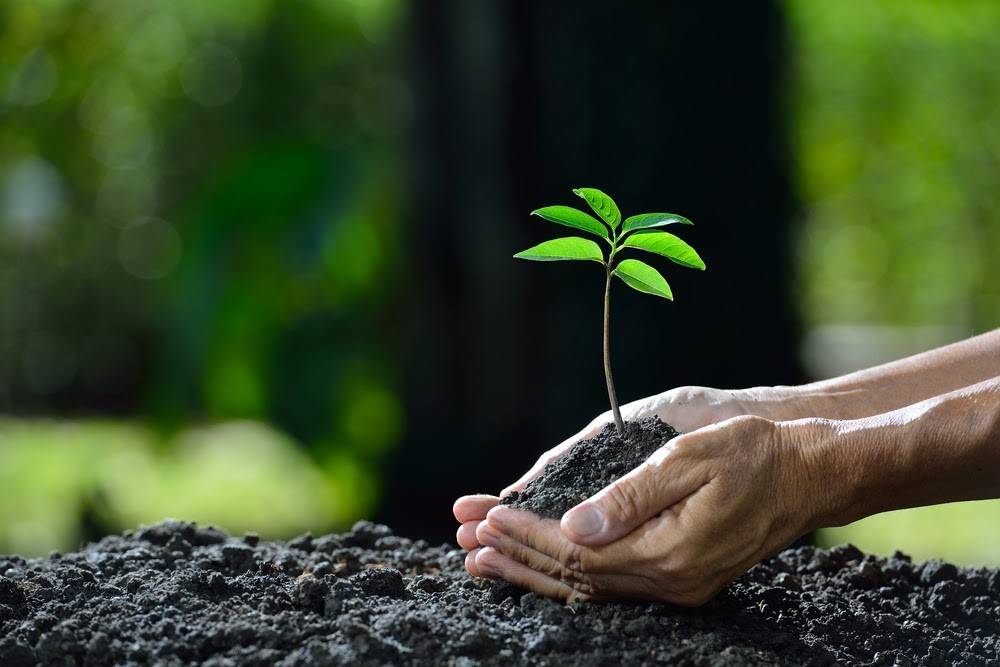 The Amazon has been victim to massive tree casualties as a result of both deforestation and devastating forest fires in recent years. Not only does this contribute to global climate change (which spirals into a greater number of fires), but it also facilitates the spread of diseases like Malaria.

According to 2019 research, the combination of climate change and deforestation could cause a decline of more than 50% of the Amazon’s trees by 2050. Considering the rainforest already lost more than a billion trees to forest fires in 2019 alone, this figure is staggering.

Hope is not lost, though. In a true act of responsible gift giving, conscious givers can pay to plant trees in the Amazon in an attempt to combat the ravages of its loss. This gift won’t just help to regain the trees lost to fires in recent years, it can also help slow the progression of climate change.

A single tree can eliminate one whole ton of CO2 from the environment, and it costs just $9 to have it planted. There is, perhaps, no more responsible and less expensive way to help the planet than to invest in the reforestation of the Amazon.

The next time a special holiday rolls around and it’s time to buy a gift for someone who already has everything, give the gift of global health and plant a tree in their honor.