We’ve all heard the saying: forests are the lungs of the world. Many of us have probably done a science project or two in school with this very title, particularly if the subject at hand was the Amazon rainforest. The phrase refers to the fact that forests or, more specifically, trees take CO2 from the air and convert it into oxygen, which essentially allows for life on this planet to go on.

And it’s true that trees serve a really important purpose, which is why massive deforestation rates directly affect our environment. But when it comes to forests being the lungs of our ecosystem, it seems there is more to the story.

How Much Air Do Trees Actually Produce?

Last summer, when the news of the Amazon forest fire spread, most media outlets used a tweet of France’s president, Emmanuel Macron, claiming that the Amazon provides the world with around 20% of its oxygen, which only underlined how important it was to act fast and stop the fires from destroying the forest.

Except that it seems in reality, the Amazon forest isn’t quite responsible for that much oxygen. When speaking to National Geographic, the director of the Amazon program at the Woods Hole Research Center in Massachusetts, Michael Coe, stated this figure is almost "physically impossible."

Essentially, for every carbon dioxide molecule that trees pull out of the air, they then release similar amounts of oxygen back. Except, the atmosphere has less than 0.5% CO2, and around 21% of oxygen, so there isn’t that much CO2 going around the air to support the idea that the Amazon rainforest provides 20% of our oxygen. More accurate estimates place the figure much lower. For example, Yadvinder Malhi from Oxford University’s Environmental Change Institute estimates that the Amazon generates around 16% of the oxygen produced on land, but when you compare to the total oxygen that is being produced in the world, that can account for about 9-6% according to climate scientist Jonathan Foley.

Trees Do Give, but They Also Take

Not only do trees suck in CO2 and produce oxygen, but as you may remember from science class, they also consume it in a process that’s called "cellular respiration." During it, they convert the sugars they consume during the day into energy, and they need oxygen to make this process happen.

This is something that happens during the night when there’s no sun around to kickstart photosynthesis. You may remember your science teacher telling you that while it’s good to stay in a room with plants during the day, you should never sleep in it during the night. 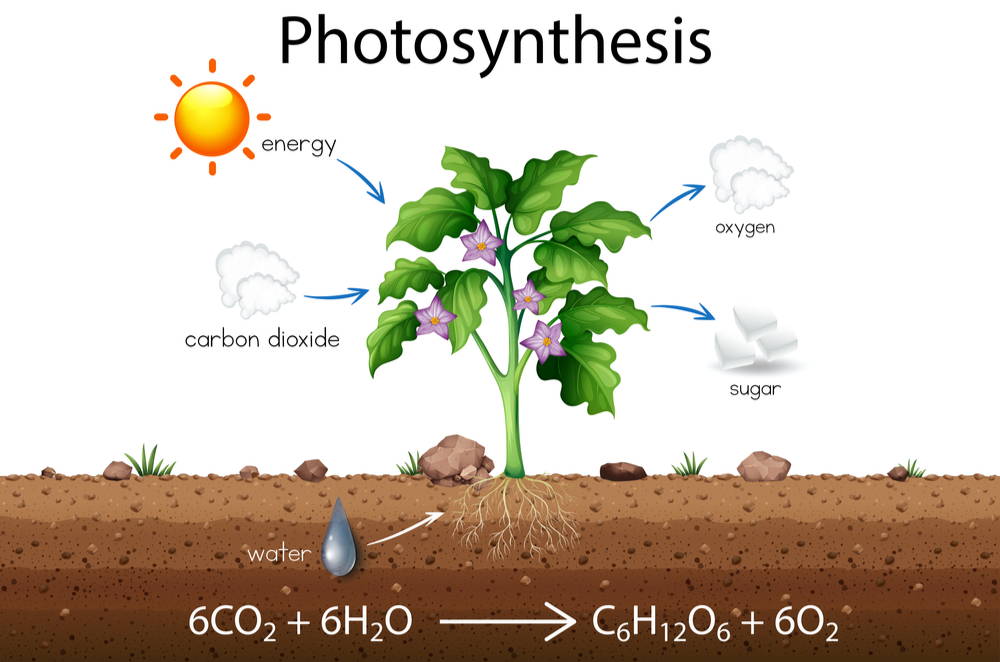 Scientists estimate that trees will use up around half the oxygen they create, while the rest could be used up by the other organisms living near the trees. So, where does our air come from if the "lungs" aren’t to thank?

The oxygen we all breathe actually comes from phytoplankton, microscopic marine algae that have accumulated oxygen over billions of years and made the atmosphere breathable. The oxygen they provide is enough to last the world millions of years.

What Does This Mean for Trees?

Trees may not exactly be the lungs of the world, but it doesn’t mean we shouldn’t still be concerned regarding wildfires, deforestation, and their role in climate change. Even if they don’t produce the oxygen we breathe, they are still taking out CO2 from the air. The fact that the oxygen they release will never reach us is beside the point.

In a sense, trees and forests are more like "natural filters" than lungs. One hardwood tree can soak up around 48 pounds of carbon dioxide per year, so by the time it reaches 40, it will have filtered around 1 ton of CO2.

Since human activity roughly releases 40 billion tons of CO2 into the air each year, we’d need a lot of trees to combat it (around 40 billion just to make things square), as well as close in on illegal deforestation and putting an end to them. If we’re talking about the Amazon specifically, the fires from last summer weren’t wildfires - they were set off by humans illegally.

And not to add insult to injury, but if we want to make sure our tree planting activities help reduce the amounts of CO2 from the air, it’s important to tackle other causes of climate change as well. One study revealed that the amount of CO2 trees can absorb greatly depends on climate variations, even year-to-year changes. How warm or cool the climate is, directly influences how much CO2 trees can physically soak up form the atmosphere. The study estimates that 50 billion tons of carbon may be released for each degree Celsius of warming in the tropics.

While some of that may be used again by the same trees, it remains imperative to address the other layers of climate change:

Trees may not be directly responsible for the air we breathe, but their role in our ecosystem is nevertheless important. They are the home of countless wildlife and microorganism, and help, as much as they can, to filter our atmosphere and remove the CO2 we produce.

If you want to lend a hand and help us restore the Amazon rainforest, you can! At ReplantAmazon, we are dedicated to making the world a better place one tree at a time. It’s why our mission is to replant 1 billion trees in the Amazon by 2022. Find out more about us, our mission, and how you can contribute to it and help. For instance, you can donate a tree in the memory of a loved one or plant a tree as a gift for someone special.