Climate change has been sped up drastically by human industrialization.

This is a fact that scientists have asserted for years, and one that more and more of the general public has begun to accept. Industrial equipment creates a large amount of carbon dioxide (CO2) emissions; CO2 traps heat in the atmosphere rather than letting it escape, leading to something called a Greenhouse Effect.

It’s pretty obvious that the most effective way humans can minimize their negative impact on the environment is by reducing the amount of CO2 which is released into the environment as a direct result of their practices; efforts to do this are known as carbon offset.

There are a number of different ways that carbon offset can be handled, some more complicated than others, but they all share the common goal of cutting the collective carbon footprint of humans to a more manageable level.

Carbon offsets are programs that help even the score when it comes to emissions. Governments, companies, and even individuals will invest time and resources into carbon offsets because there are some areas where emissions are simply unavoidable, but a robust carbon offset can help to zero them out.

Some of the most common types of carbon offsets include: renewable energy, methane capturing, efficiency measures, and reforestation. There are many other ways to achieve carbon offset, and many different methods within each of these larger categories, but they constitute the most important umbrellas.

Renewable energy works as a carbon offset by preventing the need for fossil fuel sources, as does increased energy efficiency. Methane captures aim to trap some of the damaging fumes from entering the environment, and reforestation simply helps clear the air—literally. Each of these methods is effective in its own way, but some are more practical than others.

Carbon offsets are voluntary most of the time—at least for now. This is particularly true on an individual level. For example, if someone often travels by airplane for work, they may choose to install a solar array on their home as a carbon offset, but they are not required to do this. Carbon offsets basically just create a system of checks and balances when it comes to emissions.

The Necessity of Carbon Offset 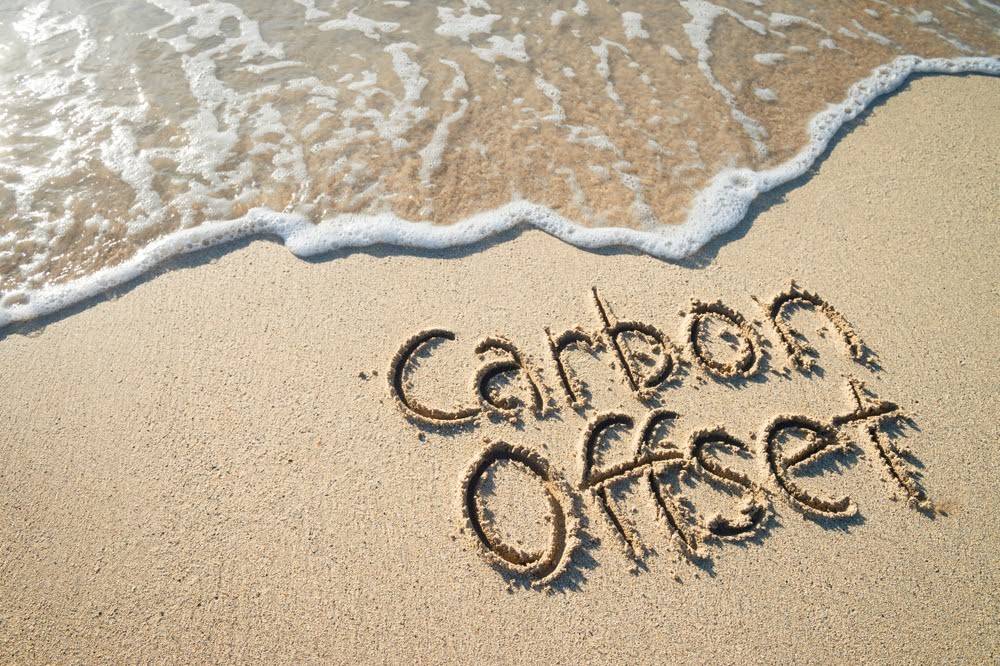 In 2016, many of the world’s developed countries vowed to engage in aggressive carbon offset in an attempt to slow the progression of climate change; this became known at the Paris Agreement. Following the agreement, a swell of voluntary carbon offset programs came into focus for businesses, as they chose to get ahead of the game.

It’s fair enough to say that adopting carbon offsets is a good move for publicity; in fact, dozens of companies are now classified as carbon neutral. This is obviously a step in the right direction, but it doesn’t come a moment too soon, as climate change threatens to impact modern lifestyles in just a matter of years.

As airlines aim for carbon neutrality, the U.S. government offers tax credits to businesses and individuals who invest in renewable energy, and reforestation efforts take center stage, carbon offset appears to be on everyone’s mind, but the most effective method may actually be the simplest.

Nature knows what it’s doing, even when it comes to handling non-organic issues. Humans are responsible for escalating the pace of climate change, so why would man-made efforts be the smartest way to help mitigate it? Especially when nature has a built-in method for cleaning excess CO2 from the atmosphere: trees.

Planting trees is largely considered the most effective way to help offset carbon emissions. Trees are incredibly effective at absorbing CO2 and turning it into oxygen, which is something that every living being on Earth needs to live.

The way this is achieved is an involved chemical process wherein CO2 is absorbed and used, then stored oxygen is released. This process is often explained simply by saying trees breathe in CO2 and breathe out oxygen. Exactly how much of these things a single tree can absorb and produce respectively shocks many people, though.

Just one tree produces enough oxygen in a single season to sustain 10 breathing humans for an entire year. That same tree can absorb dozens of pounds of CO2; typically, a tree offsets around a ton of carbon dioxide in its lifetime.

Considering the fact that trees are a natural part of the global ecosystem which have such massive potential for carbon offset, the inevitable question that follows is: why aren’t more trees being planted?

Deforestation certainly poses a threat to the world’s tree population, but forest fires can be just as devastating. In 2019, the Amazon Rainforest lost about a billion trees to an especially destructive fire season.

To mitigate that loss, Replant Amazon aims to add a billion trees back into the Amazon so the forest can get back to work purifying the Earth’s atmosphere. Many other carbon offset methods can be rather expensive, but planting a tree is shockingly economical—it costs just $9 to sponsor a single tree to be planted in the Amazon.

If a single tree can prevent an entire ton of CO2 from circulating in the atmosphere, just imagine what an entire forest can do. Mother Nature knows how to stay healthy and pure; Replant Amazon simply intends to give Earth the tools it needs to slow the process of climate change.

Donating to have trees planted in the Amazon is a form of carbon offset that immediately helps the planet. Inexpensive yet highly effective, if everyone on Earth would sponsor a tree to be planted, the global progression of climate change could slow significantly.